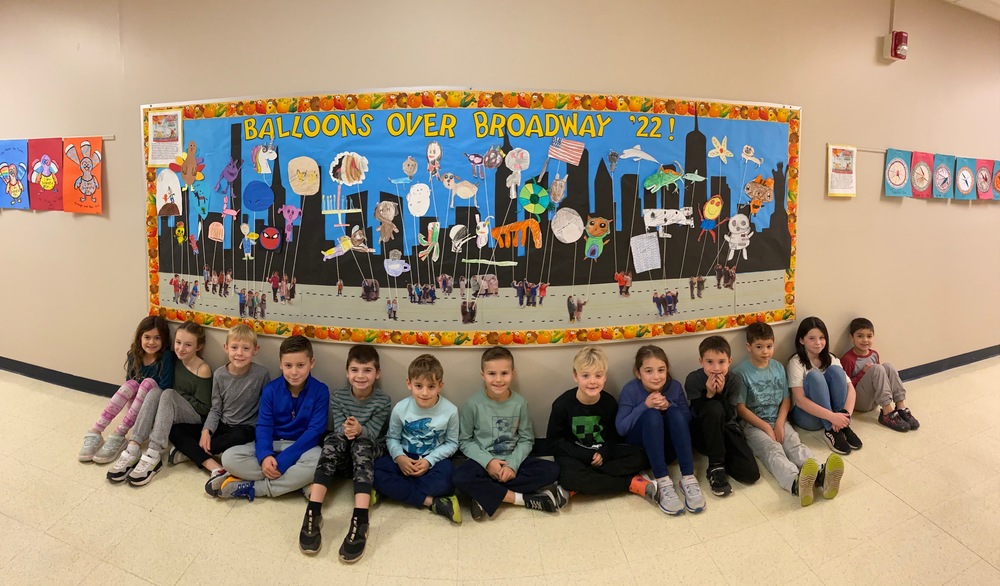 2nd Graders Soar into Thanksgiving! Let's Have a Parade!

Second graders explored the book "Balloons over Broadway: The True Story of the Puppeteer of Macy's Parade". We learned how the Macy's Parade first began and later evolved to include giant balloons floating in the sky during the annual celebration of Thanksgiving. We learned of the puppeteer, Tony Sarg, a self-taught immigrant with a fascinating imagination who created the first balloons of the parade. Second graders imagined and designed their own balloon creations to fly over the NYC skyline in the hallways of Hilltop. If you look closely, you can see each student parading their own balloon down the parade route! Happy Thanksgiving!