Mountain View's own named MPAC Music Student of the Month 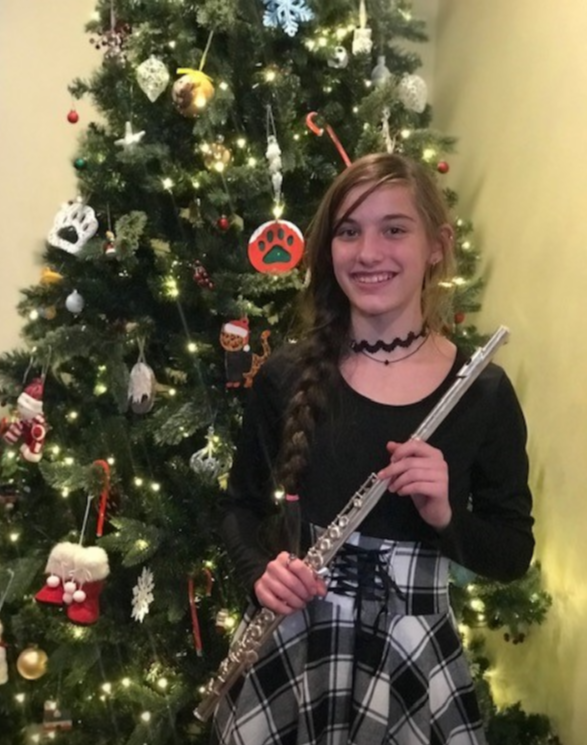 The students will receive a certificate for their honor from MPAC and will be featured on the Music Student of the Month page on the MPAC website.

Typically, MSOM honorees are recognized onstage prior to an MPAC event. Due to restrictions from the pandemic, that is not possible, but MPAC believes it remains important to recognize the achievements of area music students now more than ever.

Students were nominated by their teachers and were chosen by the Theatre’s Education Department based on their commitment to and excellence in the performing arts. The Theatre will honor a group of students every month throughout the season and invites area teachers to nominate students for this honor.

The 2021 Music Student of the Month program is supported by The Walter F. and Alice Gorham Foundation, Inc.

Congratulations to Brianna Simpson, who was named a January 2021 MPAC Music Student of the Month.  Brianna was nominated by Mrs. Carpenter, who said, "I am nominating Brianna Simpson for Music Student of the Month because she demonstrates excellence in all aspects of being in a music ensemble (Mountain View Band), and because her love of music and who she is as a young lady bring so much joy to our school community. Brianna has a passion for music and growing in her musicality. For example, even though Regions Band was cancelled this year, Brianna jumped at the chance to learn the audition music anyway and has been preparing scales, the solo, and working on her sight reading skills. She has the discipline to practice regularly which has helped her to become very skilled on her instrument.  Brianna is also very MUSICAL with her playing. The emotion just rings out of her phrasing. Brianna also goes above and beyond in her study of music and recently had the highest score on our test which includes history, theory, listening, critique, and aesthetic judgment. (Perfect score plus lots of extra credit!)  But being in an ensemble is about more than the individual. And here is where Brianna truly shines. We have a wonderful group of flute students here at Mountain View and Brianna is a big part of that culture. She is always willing to help her classmates in an encouraging and positive way that makes her peers feel good about themselves and their musical growth. And the younger students are especially inspired by her.  Brianna’s love of music brings me so much joy as a teacher. She is a young woman of character who has been an asset to our music program and band."