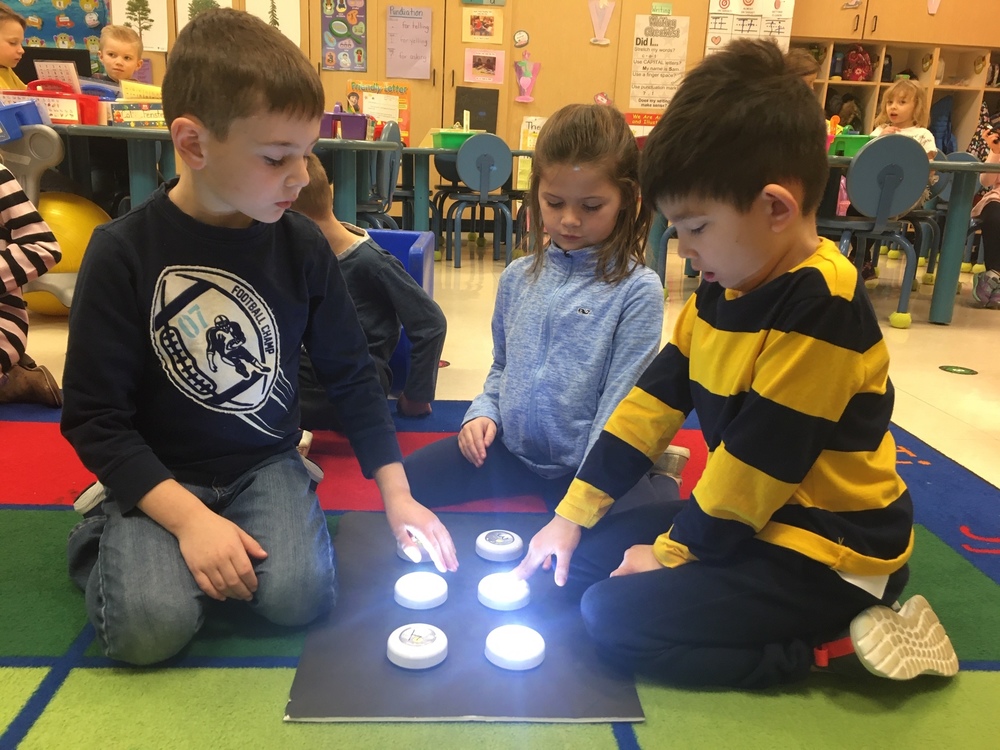 January is Braille Literacy Month.  Braille is not a language, but, it is a code by which many languages—such as English, Spanish and dozens of others, may be written and read.  Throughout January, Hilltop students and staff learned more about Braille.

Understanding Braille and how to read it takes practice.  In kindergarten, students rotated through centers where they had opportunities to see how Braille letters are formed and read.  They used pop-a-cell cards and braille cell light boards to see how letters are formed. Students were also introduced to two different Braille writers, which are used to create all of the letters in the alphabet using the braille dot code. This month students also played Braille Bingo, which allowed them to use their fingers to read Braille letters, filling up their Bingo board.

Hilltop teachers were also given insight into Braille at a recent faculty meeting.  Mrs. Scotto, one of our kindergarten teachers, shared ways in which Braille is incorporated into her classroom.  Staff explored pop-a-cell cards and braille cell light boards, while also learning how to write their name in Braille.  Use of the Braille writers was a highlight as staff were able to see how print words were transformed into Braille for those who are visually impaired to access.

If you or your child are interested in learning more about Braille, you can visit the American Foundation for the Blind website.   You can also learn other etiquette tips  that are useful when you encounter people who are blind.  The most important thing is to remember that those who are visually impaired can do the same things as everyone else - they just see the world differently! 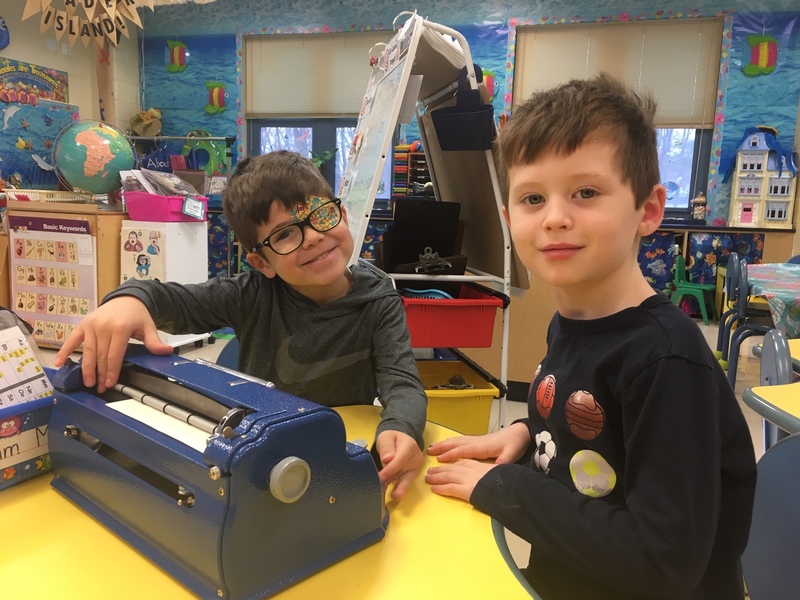 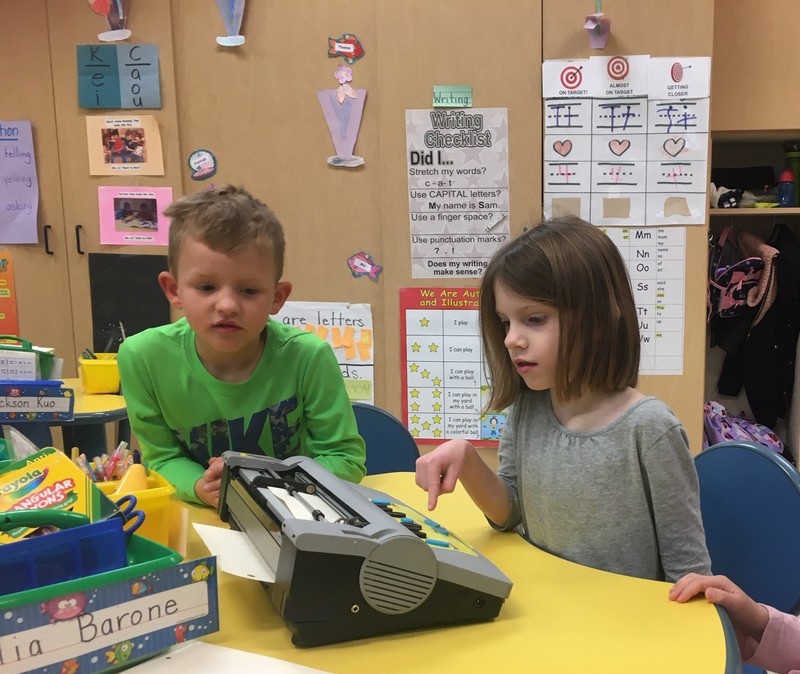 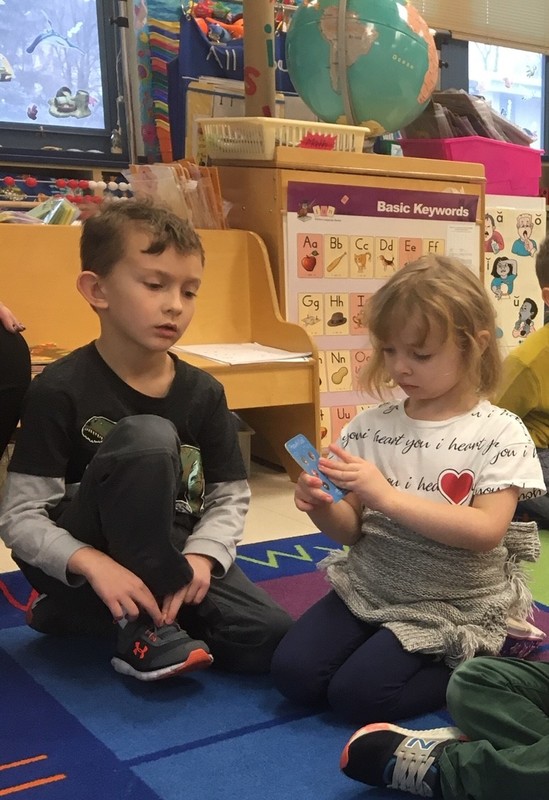