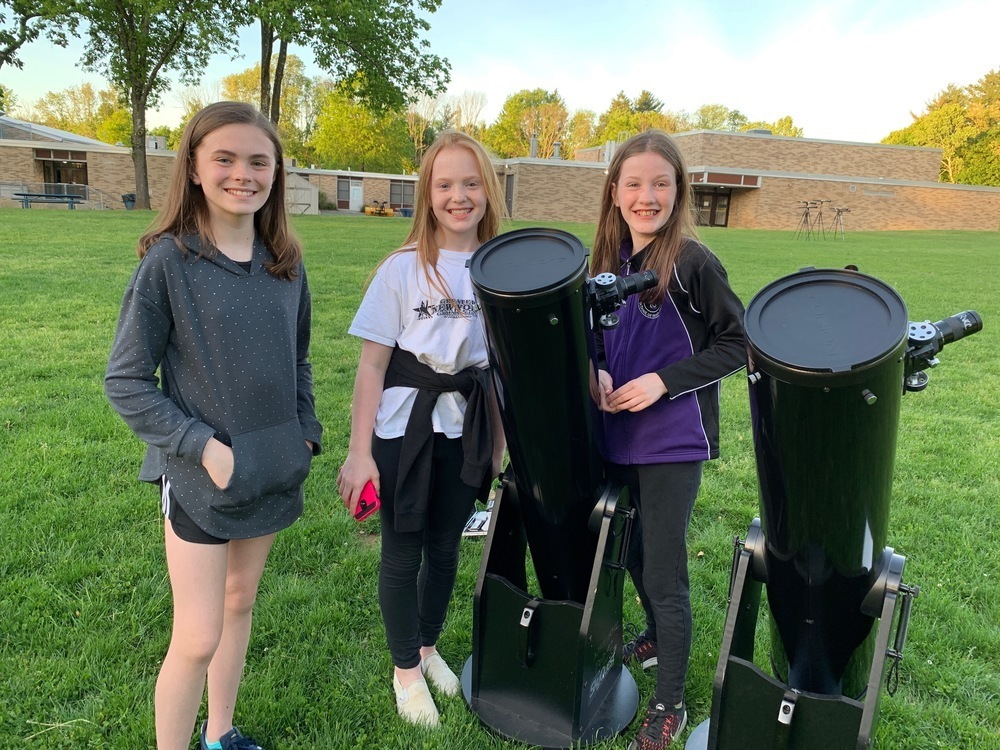 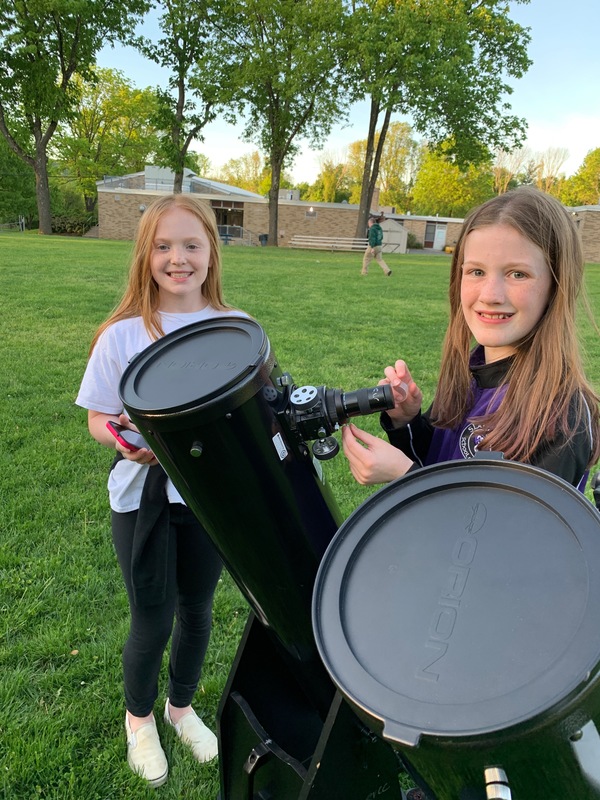 On Tuesday night, May 21, 6th grade students and their families enjoyed an evening under the stars with guest astronomers from the UACNJ.  The evening began in the Lions' Den with student work on display from their Astronomy Unit, including models showing how telescopes work and projects about the constellations.  Parents and students were also introduced to various apps that can be used to help locate and learn more about stars, planets, and galaxies.

The evening continued with star gazing from 8:30-9:30pm.  Actually, this part of the evening began by watching the stars emerge since it was so light out still!  Once the stars were visible, there was a variety of telescopes for viewing the objects in the sky including Galileoscopes, Dobsonian telescopes and telescopes brought by the astronomers from their observatory.  According to some of our 6th graders, the highlight of the night “...was seeing a globular cluster and the double star through the telescopes for the very first time.” Students and parents alike were also treated to some really interesting views of Mars and the different constellations, such as Leo, Big Dipper, and Gemini. 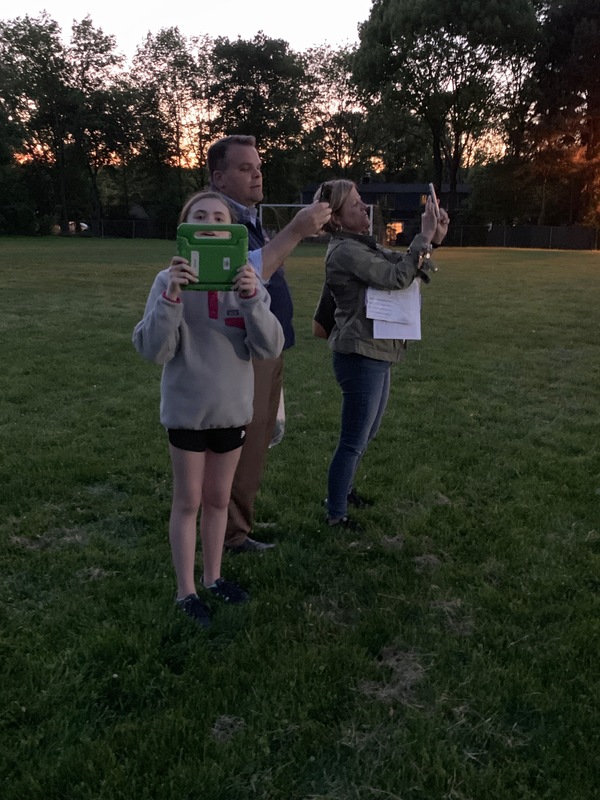