This search form uses an instant search feature. As you type, search results will appear automatically below the search field. When you've entered you desired search terms use tab to navigate through the available results and hit enter to open the selected page or document.
3rd Grade Singing Skills In The Hilltop Music Room
Mendham Borough School District
Tuesday, September 10, 2019

Hopefully, everyone has had a wonderful start to this school year!

Before children can begin part-singing successfully, they must be able to sing in unison. Third grade students have had much practice with unison singing in their music classes over the years. Unison singing is where all performers sing the same pitches, text, and rhythms. 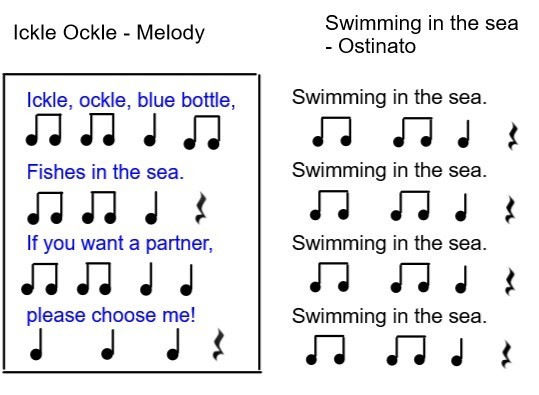 Since each melody above has different text and rhythms, third graders can easily perform the parts in groups at the same time, and the harmonic result is pleasing and impressive to them.

In their next part-singing experience, third graders will sing in a round. A round is when each group of singers performs the same melody, but the groups begin and end that same melody at different times. For part-singing in a round, third grade students will perform Frere Jacques (Are You Sleeping?).  Again, third graders must be accurate in singing the unison melody first. Once the song melody is accurate, we divide into two groups. One group begins Frere Jacques while the second group, with teacher help, sings the same melody by start eight beats later. 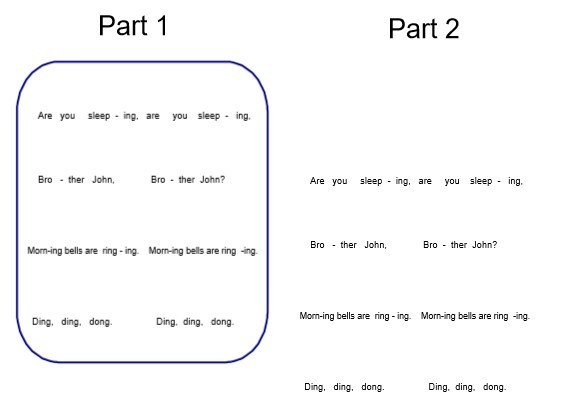 Lastly, third graders will have an opportunity to sing in parts with a partner song. A “partner song” is a song where two independent melodies are performed together to create harmony. This part-singing endeavor takes weeks to develop as the students must learn two, independent, more complicated melodies. As mentioned before, students must be able to sing each part accurately and independently before joining the two melodies in part-singing.